We can build Ghana through industrialization

Sege (GAR), Oct. 22, GNA – Mr. Samuel Abu Jinapor, Minister for Lands and Natural Resources, has called on Ghanaians to unite to back government for industrialization purposes.

Industrialization according to the Minister will help build Ghana Beyond Aid as propounded by President Nana Addo Dankwa Akufo–Addo.

The Minister stated at Nakomkorpe a suburb of Sege during a working tour of the Greater Accra Region which took him to Ada Songor Lagoon where Electrochem Ghana Limited, a salt mining company under the McDan Group of Companies was carrying out its operations.

The Lands Minister in his speech after touring the project site noted that the future of the project was promising and would contribute to the economic growth of the Ada, Greater Accra Region and Ghana at large.

“What I have seen today shows clearly that when we put our minds together on any project, we ourselves as Ghanaians can build our country. When I had the privilege of being a Minister for lands and Natural resources, I was fully briefed about the operations of Electrochem Ghana Limited,” he said.

As Minister for Lands and Natural Resources, “White Gold” (salt) is part, I highly commend Dr. Daniel McCauley for this excellent work done and for literally transforming this resource which has been abandoned for the past 40 years and today as we can all see, there have been enormous investment into the exploitation of this resource.

“We are going to see a lot of linkages, out of this operations and efforts by Mr. McDan. I therefore congratulate McDan for the excellent work done,” the Lands Minister stated. 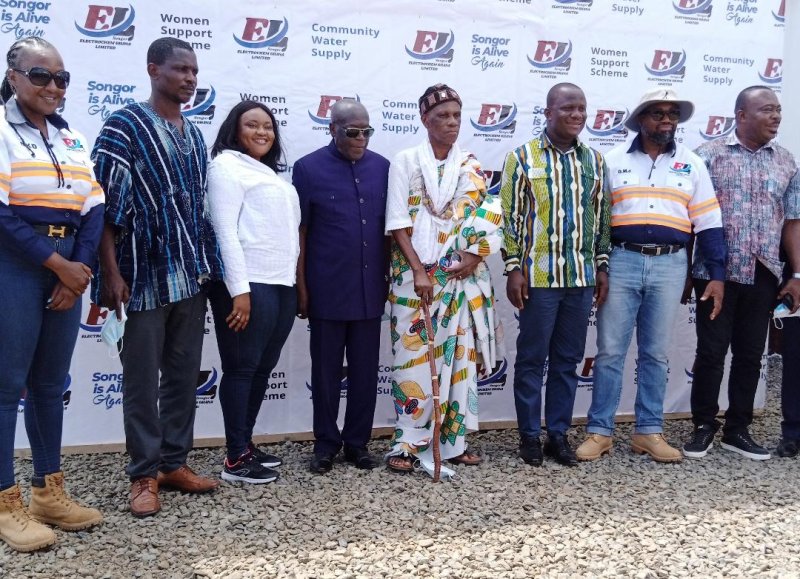 Mr. McCauley popularly known as McDan, the CEO of McDan Group of Companies which Electrochem Ghana Limited forms part said, the project was for the people of Ada’ “I am just serving as Moses in the Bible who led the Israelites to the promise land”.

According to him, the project was aimed at becoming the first in Africa in a space of two years and fifth in the whole world in five years and called on the people of Ada to support the project.

Nene Abram Kabu Akuaku III, Paramount Chief, Ada Traditional Area in a speech delivered on his behalf commended McDan for the transformation of the site and some corporate social responsibility roles they played so far.

Nene Agudey Obichere III who delivered the speech on behalf of the Paramount Chief said the construction of the Astroturf, underway had proven that Mr. McDan was a man of his words and called on the management of EGL to add a representative of the Traditional Leaders on its Board of Directors as part of negotiations made. 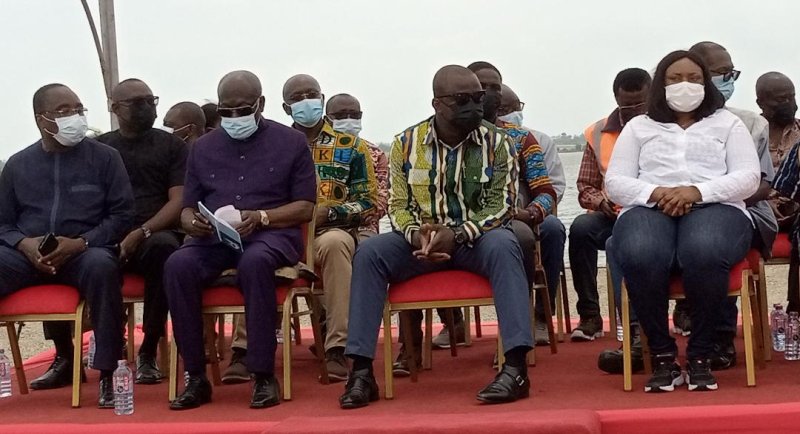 He also appealed to the Minister to work on some royalties, which were supposed to be given to the Ada Traditional Authority in the previous administrations. “Already we have so many of our sons and daughters being employed by Electrochem, we also have free water distributed to some of our communities all by Electrochem Ghana Limited.

“We want to plead with the Minister that the previous royalties that is on their table, he should try and work on it for us,” he said.
GNA