Democrats on the Senate Budget Committee are attempting to employ a “climate policy expert” and staffers who have previously investigated fossil fuel companies, indicating that the committee is gearing up to probe energy companies.

The committee is also looking to employ an economist who can advise the committee on climate policy and “pollution-related matters.” 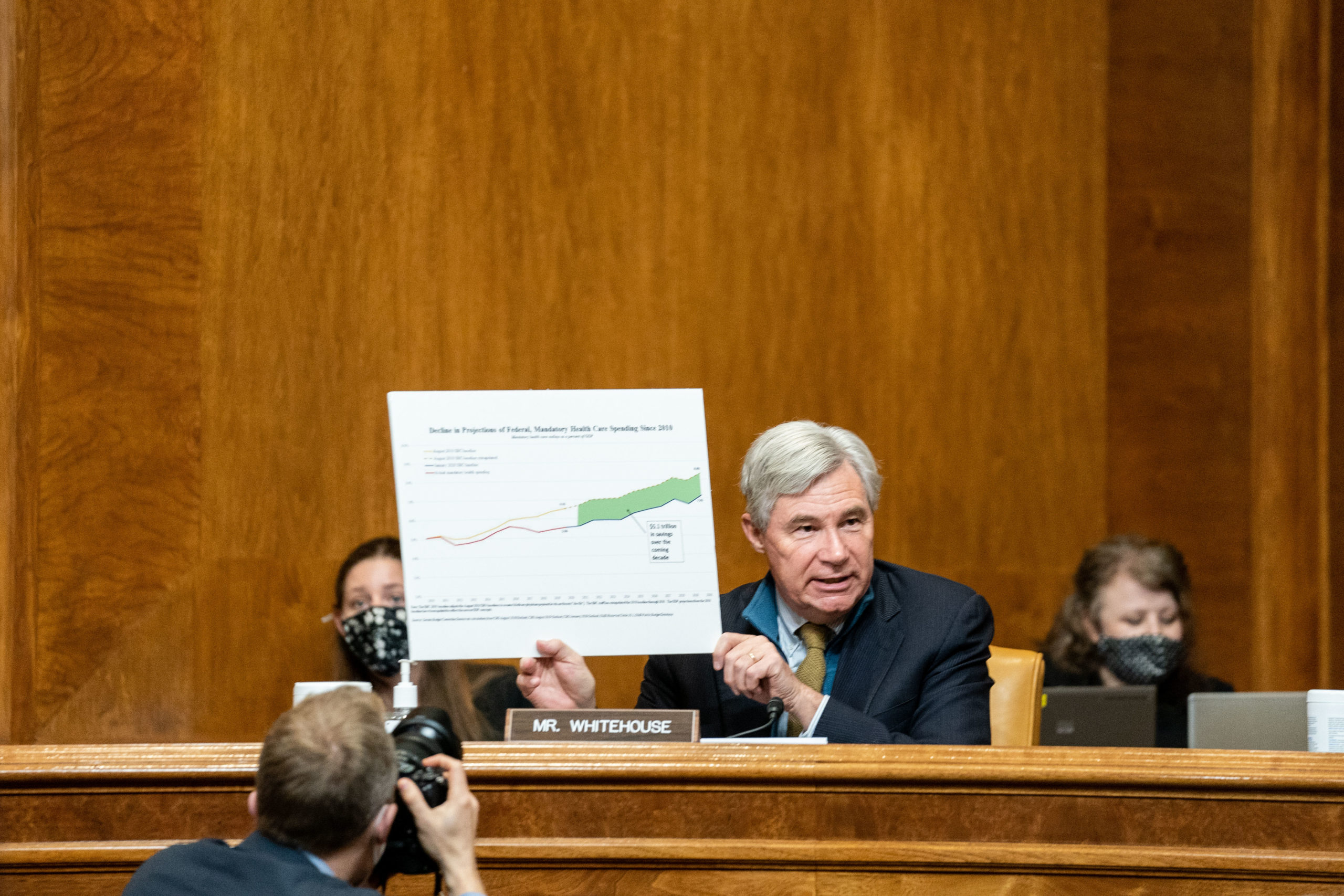 WASHINGTON, DC – FEBRUARY 10: Sen. Sheldon Whitehouse (D-RI) speaks at the confirmation hearing for Neera Tanden, nominee for Director of the Office of Management and Budget (OMB), before the Senate Budget Committee on February 10, 2021, at the U.S. Capitol in Washington, DC. (Photo by Anna Moneymaker-Pool/Getty Images)

“I think you can dig into some of the work like what Ro Khanna was doing on the House side to expose some of the dissembling by our fossil fuel friends,” Whitehouse told reporters in December, E&E News reported.

In October 2021, Democratic Reps. Ro Khanna of California and Carolyn Maloney of New York began investigating some of the largest fossil fuel companies, including ExxonMobil and Chevron, as well as two leading trade organizations for alleged misinformation campaigns about climate change, according to Reuters. The Democrats said that energy companies enlisted public relations firms to help them obfuscate their climate impacts, according to E&E News.

Whitehouse’s office did not immediately respond to the Daily Caller News Foundation’s request for comment.

All content created by the Daily Caller News Foundation, an independent and nonpartisan newswire service, is available without charge to any legitimate news publisher that can provide a large audience. All republished articles must include our logo, our reporter’s byline and their DCNF affiliation. For any questions about our guidelines or partnering with us, please contact licensing@dailycallernewsfoundation.org.