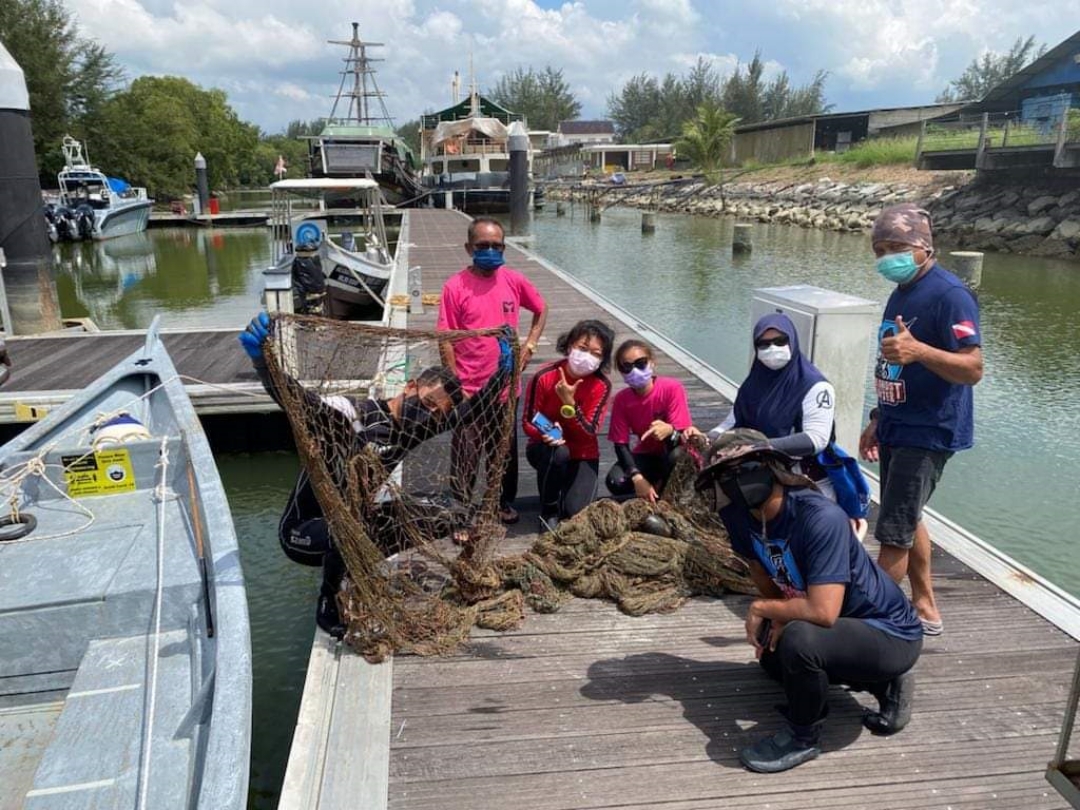 Iqbal holds the retrieved ghost nets as his team look on at Marina Jetty last Saturday.

They were participating in Ops Barracuda-Yinson 2 which was sponsored by Yinson Lavender Operation Sdn. Bhd as its environmental corporate social responsibility (CSR).

Operation leader Iqbal Abdollah, who is also the founder of Borneo Ghost Net Hunter, said the operation also achieved the target of SDGs 8, 12 and 14, three of the 17 SDGs or Sustainable Development Goals established at the United Nations (UN) Conference on Sustainable Development in Rio De Janeiro in 2012. The SDGs were adopted by UN in 2015 as a universal call to action to end poverty, protect the planet and ensure the human population enjoy peace and prosperity by 2030.

“It is important to note that the operation was BGNH’s 14th operation and we have now retrieved a total of 906kg of ghost or abandoned fishing nets in and around Borneo.

“The operation, like many others, was to support Sustainable Tourism and Development at and around the national park and to promote environmental awareness, conserve and protect the environment,” he explained in a recent statement.

Iqbal added that BGNH, under its company Future Ocean Borneo PLT, will support and work with anyone with the same mission and objectives.

He was especially proud with the team as several of the divers only recently joined the voluntary diving team to learn about managing a ghost nets hunting operation. He also spoke of the positive impact such operations can create for the younger generation.