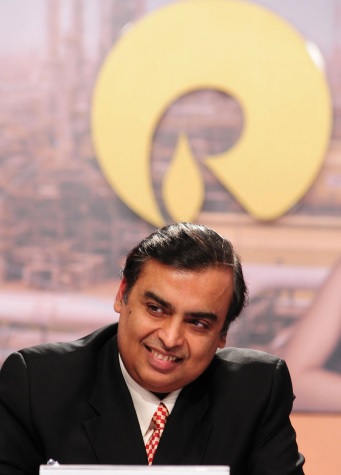 Reliance’s total assets grew at an annualised rate of 18.7% from Rs 48,987 crore in March 2002 to Rs 14,99,665 crore in March 2022 while its net worth grew at an annualised rate of 17 per cent from Rs 27,977 crore in March 2002 to Rs 645,127 crore in March 2022. RIL added Rs 17.4 lakh crore to investor wealth during these two decades, which is an average of Rs 87,000 crore every year, according to a statement from RIL.
With Mukesh Ambani at the helm, Reliance also started Reliance Jio’s operations in 2016, and Reliance Retail in 2006, while its exploration and production business made the first hydrocarbon discovery in late 2002 and production started in 2009.
Reliance’s traditional businesses of refining and petrochemicals, too, flourished and expanded multifold in the last two decades. In 2002, Reliance had a single refinery at Jamnagar. A second 100 per cent export-oriented unit (EOU) refinery was set up by 2009 nearly doubling RIL‘s refining capacity with the unique capability to convert the worst of crudes into the best of exportable fuels. With this, Jamnagar became the world’s largest single-location refining complex.
The Jamnagar phase 3 (J3) expansion over 2012 to 2016 added some of the world’s largest and most unique downstream units. For example, Reliance set up the world’s largest refinery off-gas cracker at Jamnagar. The company statement said RIL also added the world’s largest petcoke gasification unit. It also set up the world’s first-ever virtual pipeline across the world to import ethane from the US to diversify feedstock.
Reliance Foundation, backed by Reliance Industries, came up in 2010 to spearhead the company’s philanthropic initiatives under the leadership of Nita Ambani. It has managed to touch the lives of more than 6.3 crore people in India through its various initiatives like rural empowerment, nutrition security, ecological conservation, education, and sports until 2022, according to the statement. Reliance Foundation is India’s biggest corporate social responsibility initiative by reach, as well as by spending.
After the launch of Jio, India became the data capital of the world and the cost of data or GB fell from Rs 500 to Rs 12. The statement said India’s ranking in broadband data consumption moved from 150 in 2016 to No1 in 2018, thanks to Jio.
With Reliance Retail, residents of tier II and III towns now have access to similar shopping experiences with the likes of the metro cities.
Now, Reliance Retail has brought global brands like Armani, Gas, Diesel and others all to India through partnerships. According to the company, India now has a world-class convention centre in Mumbai, with one of the world’s best infrastructures for international exhibits, conventions and meetings. The Jio World Centre will host the International Olympic Committee’s next session in 2023, it added.
Reliance Industries said it set the foundation for New Energy Business committing over Rs 75,000 crore investment in three years to set up five uniquely integrated Giga Factories at Jamnagar with the world’s latest technology. This will have the latest quartz-to-module’ solar panel facility. The ultimate aim is to emerge world’s lowest-cost producer of solar energy and green hydrogen.
Reliance has set a target to become net carbon neutral by 2035, contributing to India’s net carbon zero mission. Reliance will start 10 GW of solar PV cell and module factory by 2024, to be scaled up to 20GW by 2026. By 2025, RIL plans to generate its entire round-the-clock power and intermittent energy for green hydrogen from captive solar power plants.
Reliance set a record of capital fundraising during the most difficult period of Covid lockdowns in 2020-21, according to the company statement. It raised more than Rs 2.5 lakh crore through rights issue, and minority stake sale in Jio Platform and Reliance Retail Ventures to global marquee investors. During fiscal 2020-21, Reliance was the single-largest foreign direct investor (FDI) generator for India, it added.
Reliance is leading India’s sustainability solutions in the petchem and polyester sector, the company said, adding that it is actively supporting India’s textile value chain in adopting sustainable, circularity concepts.
Reliance Industries brought bp, one of the global petroleum industry leaders, as a partner in its Indian fuel retailing business. The company also said Reliance Mobility Solutions brought the latest technology and offerings for consumers at petro-retail outlets through the Jio-bp brand. It aims to offer a new experience in buying fuel with high-quality service and making the retail outlets future-ready with charging and battery swap facilities. (ANI)