To be able to go to school, appear for examinations, sing on stage, share lunch boxes like her friends — young Priya has always held these aspirations in her heart. But her inability to see a blackboard in class and participate in extracurricular activities had made her reluctant to attend school. Living with a visual impairment, she would struggle to keep up with class assignments.

However, circumstances have changed, and for the better.

The Class 4 student has been able to study in the government school in her village Gaurella of Gaurela-Pendra-Marwahi district of Chhattisgarh. “I like studying at school. My teacher teaches me ‘A’ se Anaar (pomegranate). I want to become a madam. I will study a lot and work hard,” Priya tells The Better India.

This has been possible with the efforts of IAS Richa Prakash Choudhary.

After discovering the plight of visually-impaired students in her tribal-dominated district, the collector decided to transform their lives. Last year in 2022, she launched a unique campaign to identify school age visually impaired children and enrol them in schools so they can excel in life.

“There is a stigma associated with visual impairment, because of which such children feel left out in schools. Most of the time, they drop out, especially the primary age group. If we succeed in keeping them in school, they will become vigilant about further studies themselves, and they won’t need much support,” Richa, a 2014-batch IAS officer who hails from Rajasthan, tells The Better India.

“But it’s not just the child who needs the hand holding. The focus of the programme is also on the family, the community, peer groups and schools. We need to sensitise them so that they do not consider these children a burden,” the 34-year-old IAS officer adds.

The district has involved Ek Kadam Foundation, a non profit working for the rehabilitation of visually impaired children. With their help, Richa has identified 120 children in primary school age groups with partial and complete blindness in her district.

Children who are blind by birth endure difficulties in studying as well as in their day-to-day activities, making them dependent on someone. Unfortunately, matters are worse for those from low-income backgrounds, where even the parents are barely educated.

Under the programme, an exclusive teaching volunteer is provided to these children, who administer personal assistance through a supported teaching process. The volunteers visit homes of children and help them groom like any other kid. And there has been a visible change.

“I teach her [Priya] at home with braille books. She touches them and learns. Now she can read. She has developed interest in studies. She now speaks with other people also. There has been a change in her overall behaviour and personality,” Gunja Gendley, Priya’s mother and a volunteer of the programme, tells The Better India.

“We have endured a lot. People used to taunt me for my daughter’s disability. But it doesn’t matter anymore. My daughter is no less. When she comes back home, she tells me everything about her day at school. She considers me a friend,” says Gunja.

“She asks me to buy her a car. I told her to study and earn and buy herself a car. She wants to become a madam [collector] like Richa ji,” she adds. Gunja has been teaching Priya with the help of braille books for the past six months. The volunteers are also given an honorarium for their work.

The IAS officer has been facilitating study materials in suitable formats in government schools. “The content is the same. All these children are taught from NCERT books. But for visually impaired children, these books are converted into brailes, for all subjects. In a couple of months, every child will also be given audio lessons,” says the district collector.

“Initially, children were taught to recognise things from touch. Then they were made to go out on their own. After a few weeks, they were given braille training to recognise letters like A, B, C. We are also sensitising teachers that these children should not be seated at the back bench,” says Richa.

In July 2022, the district administration organised a basic orientation workshop with 2,600 teachers of the district, along with national level resource persons, about 21 disabilities including blindness and cognitive. It was pointed out that most parents are reluctant to send their visually impaired children to schools.

“The workshop was eye opening for us. The percentage of the population that suffers from one or the other kind of disability remains hidden,” says Richa.

Recalling the event that triggered her to launch the campaign, Richa says, “I remember meeting a girl in a chaupal [meeting]. Her name is Kranti Baiga [a visually impaired child]. She is very smart. We found that she dropped out of the school because there was no support at school and parents also hesitated to escort her to school daily. Kids like her are smart and have potential but still because of some gap in our educational services, they drop out.”

Kranti was enrolled in the programme sometime in July last year. Speaking of the change she saw in Kranti, Richa recalls, “A couple of days ago, I saw a video of hers. She was speaking English. She sang the Chhattisgarh state song Arpa Pairi Ke Dhar and she sang it very beautifully. She is very confident. It’s very rare for people from the PVTG [Particularly Vulnerable Tribal Groups] community to be assertive and extroverted. I am looking forward to her going to college like all of us, pursuing higher education, and getting a job.”

Meanwhile, the other children are going to schools like regular children. “Classmates have also been sensitised. They feel part of the school and community now. They do not feel left out. Through these small examples you see awareness clicking in your faculty, in your teachers, in the community. You are able to make a difference. That’s one of the perks of being a civil servant,” smiles the IAS officer.

“When you are working in far off areas, it takes a lot of time to see impact. But in such cases, you see the change happening in a couple of weeks. After the initiative, I have observed changes in behaviours and personalities of children, their families, teachers. It inspires me to see this difference. Education has always been my priority. is the biggest thing you can give to any being, if you are missing out on these children, then it means you are not performing duties that you are trying to do,” she adds.

In the subsequent step, Richa also aims at providing vocational training to the visually impaired youth who could not complete their education. “We are planning to give them vocational training so that they do not feel they are a burden to society,” says Richa.

Edited by Divya Sethu. All images: By arrangement. 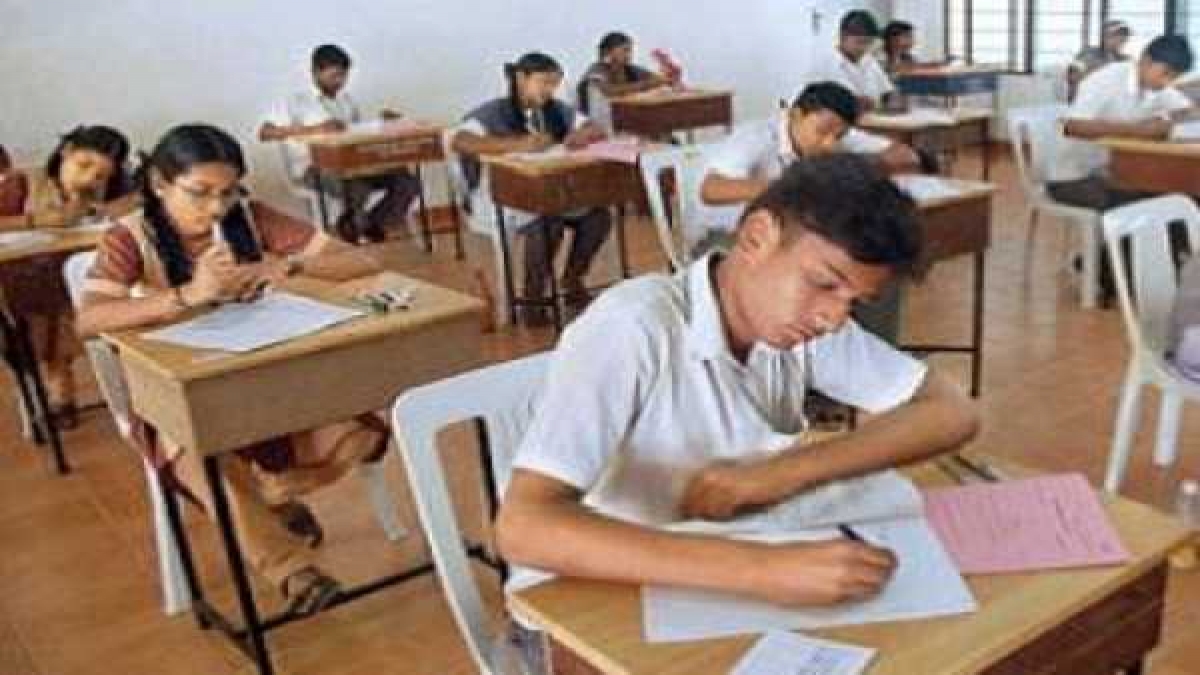