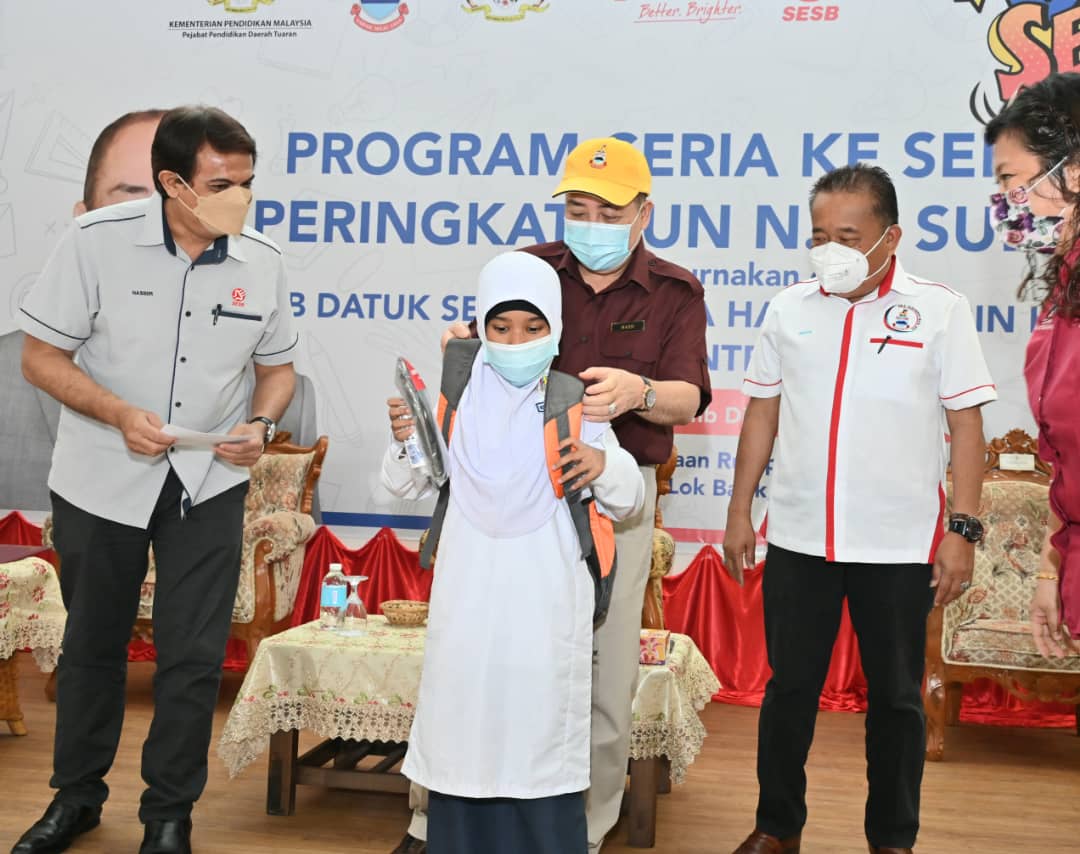 KOTA KINABALU (Dec 16): As a government which is committed to the human capital development agenda and the well-being of the people, Gabungan Rakyat Sabah (GRS) will continue to provide educational assistance to those in need in Sabah next year, said Chief Minister Datuk Seri Panglima Hajiji Noor.

Hajiji said the special assistance introduced by the GRS government was aimed at ensuring that every Sabahan had access and was not denied the right to education.

In the state 2022 Budget, the School Social Assistance Program such as uniforms, shoes and stationery will be continued next year, he said adding that it involved 289,204 students with an allocation of RM13.9 million.

“Next year, the State Government will introduce and implement a new initiative, which is the Bantuan Ihsan Tabungan Pendidikan Negeri (BISTARI) with an allocation of RM5 million.

“Through BISTARI, every Sabahan born starting in 2022 will be offered a Skim Simpanan Pendidikan Nasional (SSPN) account through the Perbadanan Tabung Pendidikan Tinggi Nasional (PTPTN) with an assistance of RM100 contributed by the State Government”, he said.

Hajiji said that after taking over the reins of Sabah, the GRS government introduced various types of Special Education Assistance last year, namely BUDI and BAKTI, to ease the burden of the people in the state.

Apart from that the State Government had also provided laptops involving an allocation of RM15 million to students who will be sitting for the Sijil Peperiksaan Malaysia (SPM), Sijil Tinggi Pelajaran Malaysia (STPM) and Sijil Tinggi Agama Malaysia (STAM) examinations this year.

According to him, the distribution of 10,000 laptops is through the ‘Bantuan Ihsan Komputer’ (BAIK) program which ran from July to October this year.

“This is our approach to help students from poor families so that they are not left out from the implementation of teaching and learning at home (PdPR)”, he added.

He said the commitment was needed to help the less fortunate, single mothers and the needy throughout the state.

“Therefore, I hope more private companies, NGOs and individuals will also implement CSR programs in the state”, he said.

Hajiji expressed confidence that the noble efforts of TNB and SESB to ‘give back to the community’ will have a profound effect on children to prepare themselves for learning in school.

According to him, this corporate social responsibility should not be a seasonal concept because there are still people living in hardship and need help as they were affected by the Covid-19 pandemic.