Ending littering in Guyana: A hopeless delusion or a promising reality? Part 2


Ending littering in Guyana: A hopeless delusion or a promising reality? Part 2

Kaieteur News – Today, we continue with our discussion on littering and ways in which we can work together to eradicate this scourge from our society. Guyana has laws that speak directly to littering and there are also severe penalties for persons found guilty of littering. However, there seems to be challenges existing with regard to the enforcement of our litter laws. 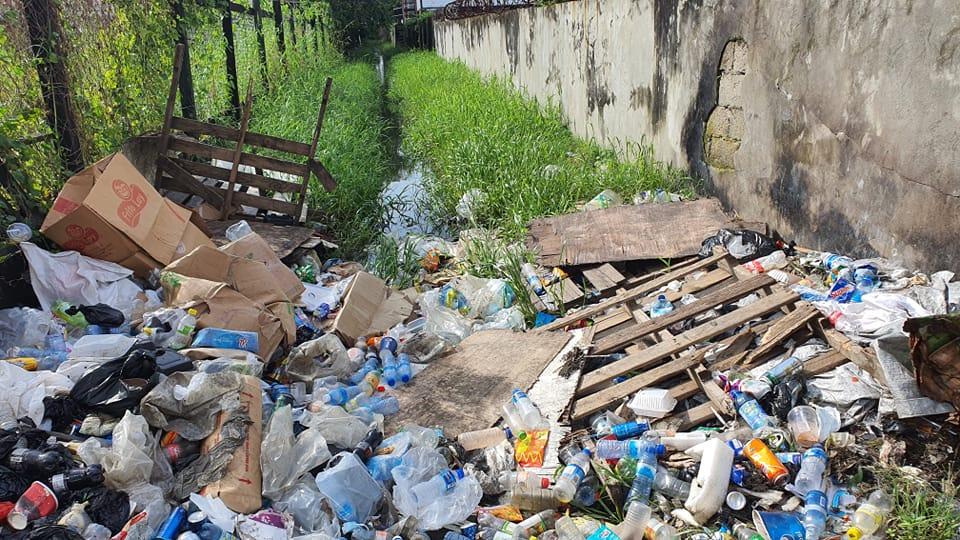 Below is the Summary of the Environmental Protection (Litter Enforcement) Regulations 2012. In this summary, you will see what is defined as litter, along with the offences and penalties for littering.

Litter is defined as any solid or liquid material or product or combination of solid or liquid materials or products including but not limited to any bottles, tins, logs, sawdust, derelict vehicles, cartons, packages, packing materials, paper, glass, food, animal remains, garbage, debris, aggregate, dirt, waste (including any human or animal waste) or any other refuse or rubbish or waste material, and any other material and product that is designated as litter by the Minister by notice published in the Gazette r.2 (i).

Under the new litter regulations, the following litter offences have been created:

Penalty: The penalty for committing the offence of the disposal of litter from a motor vehicle or trailer is a fine on summary conviction of $50.000.00 in case of an individual and $100,000.00 in case of a company.

Penalty: The penalty for committing this offence is a fine on summary conviction of $15,000.00.

Penalty: The penalty for committing this offence is a fine on summary conviction of $30,000.00

As you can see from a legislative standpoint, Guyana has set out strict penalties for those guilty of littering. So, why is there a ubiquitous problem with litter? Clearly, the above regulations are not being enforced. Persons feel that there are no legal consequences to their actions, and so waste is flung from cars, dropped by pedestrians, dumped by others on parapets or wherever they deem fit; bottles are hurled into drains and trenches; there is no respect or regard for the environment, and no one is penalized.

Perhaps the authorities may want to raise the level of enforcement as it relates to our robust litter laws that exist. Focused and determined actions are needed to enforce the regulations listed above. Individuals and businesses must be made examples when they are found guilty of littering.

Guyanese know better! One wonders why they don’t do better.

One time I was leaving for vacation in the United States and at the Cheddi Jagan International Airport, there was an elderly woman along with two little boys who were waiting to travel. As we were in the departure longue, these boys had a variety of snacks. Wrappers and packages were left on vacant seats or dropped on the floor. I watched in disbelief as this grown woman sat there and did not once say to these youngsters to place their wrappers and empty packages in the bins placed in the departure longue.

Fast forward to JFK International Airport in New York. The flight arrived and we are preparing to clear US Immigration. These same youngsters after having more snacks dropped their wrappers on the floor in JFK. To my utter amazement and disbelief, this same woman who allowed these chaps to litter Guyana’s airport, bent down and picked up their wrappers and placed them in her bag. It was unbelievable to witness. I could not restrain myself from pointing out to her the double standards and disrespect she has for Guyana. This experience and many others have shown me that Guyanese know and can do better. The problem I believe rests with enforcement.

In other jurisdictions, persons found guilty of littering are dealt severely with by the law. Guyanese know very well not to litter in other people’s countries. But in Guyana, it’s a free for all. This must stop immediately!

Undoubtedly, while penalties have a real effect on littering behaviour, education and raising awareness are also crucial in guaranteeing long-term results. Community clean-up events can be an effective way for spreading anti-litter messages in society as well. Strategic public education and awareness campaigns must be done to educate and sensitise the Guyanese society more about not only the harmful effects of littering, but also the legislation and penalties attached for those found guilty of littering.

The issue of littering can be incorporated on billboards, TV programmes, social media platforms, and newsletters in a more intensive way in order to spread the message widely. Furthermore, an anti-littering sign might be placed in highly littered areas such as the streets or near municipal markets. These signs serve to constantly remind people that littering is a bad thing that should be avoided.

To end on a positive note, there are some people who may argue that not only penalties but rewards might also be a good idea to implement. People “caught” doing the right thing may be given rewards like shopping vouchers and their positive disposal behaviour publicized in the media or social networks to encourage others to dispose of litter properly. This can surely form part of the Corporate Social Responsibility (CSR) strategy of some of the leading supermarkets and wholesale Fast Moving Consumer Goods (FMCG) distributors nationwide.