The airline, taking part in a global effort, said it is honored to transport life-saving supplies.

American Airlines Cargo announced Monday that it partnered with a humanitarian organization to transport essential medical and sanitation supplies to Haiti. The efforts come amid the deadly cholera outbreak that has spread throughout the Caribbean country.

American is working alongside Airlink, a non-profit humanitarian organization dedicated to bringing critical aid to communities in crisis. This is the second time both organizations have partnered to transport humanitarian assistance to people in need.

SIMPLEFLYING VIDEO OF THE DAY

The Fort Worth-based carrier is transporting more than 55 tons of medical supplies from Europe to Miami to be staged for distribution to Haiti. American said it will serve as a vital link in moving personal protective equipment (PPE), clean water filters, nebulizers, blood tubes, and other sterile items to help fight the crisis.

“We’re proud to partner with Airlink to make a positive impact on the world. At American, our mission is to care for people on life’s journey, and we are honored to play a role in transporting critical goods to the people and places they are needed most.” – Greg Schwendinger, President of American Airlines Cargo 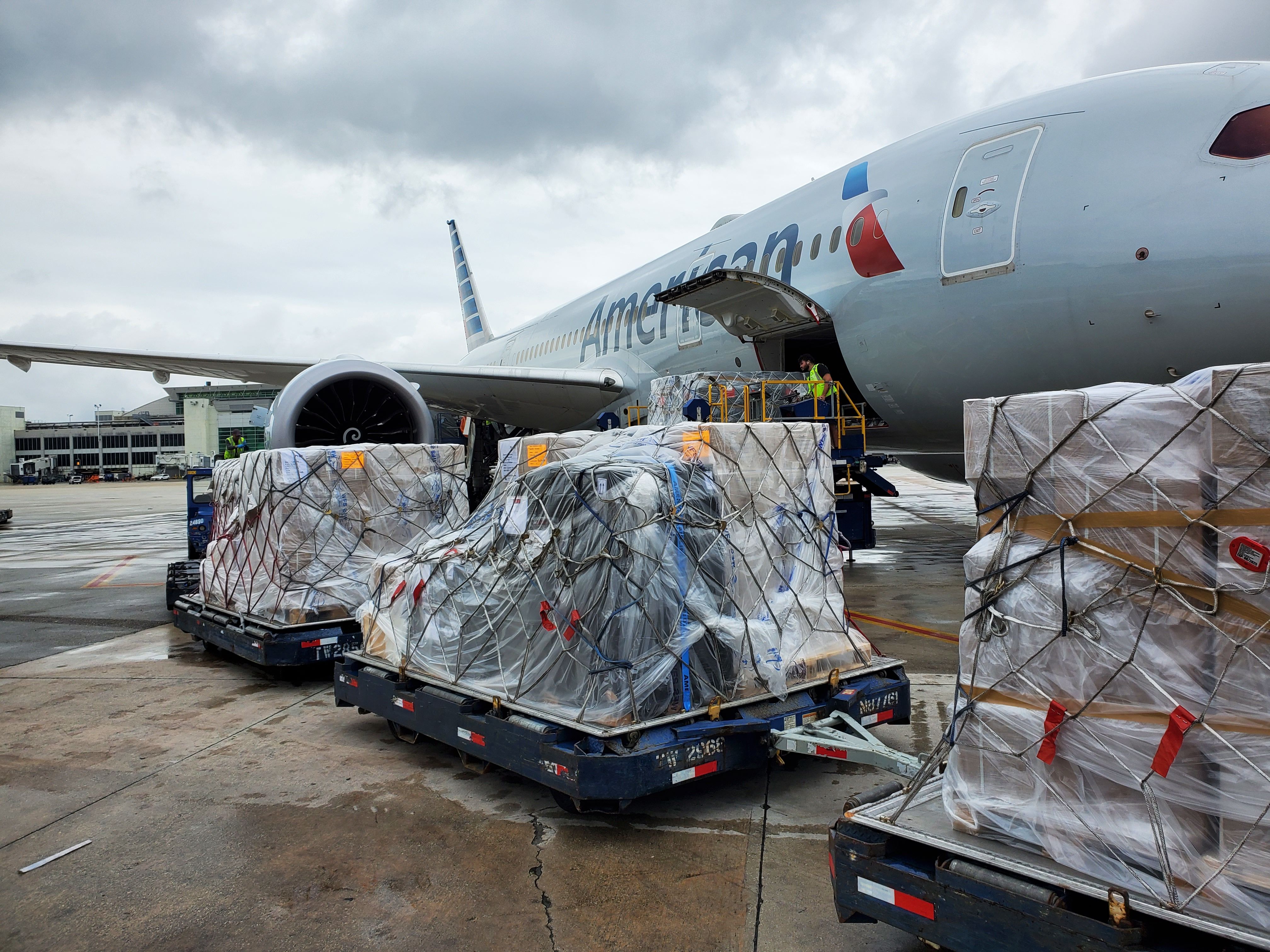 The situation in Haiti

The cholera outbreak began in October of last year. The disease spreads mainly through contaminated food and water and has sickened thousands of people in Haiti. The country has also grappled with civil unrest, which has made it difficult for healthcare workers to access supplies.

Nationwide protests sparked initially by the almost doubling of petrol prices brought Haiti to a breaking point, but the country has also had other complications recently. Last fall, the country dealt with economic, political, security, and humanitarian crises. In July 2021, the country’s President was assassinated, and in August, an earthquake caused widespread death and destruction across southern regions of the Caribbean island nation, according to the United Nations.

Airlink works to transport relief workers and emergency supplies for reputable non-governmental organizations (NGOs) that respond to rapid-onset disasters and other global humanitarian crises. The organization is able to provide humanitarian resources all around the world by collaborating with airlines.

“As global citizens, our airline partners work with Airlink to better help the communities they serve,” the organization said. “Airlink works with emergency managers and corporate social responsibility departments to identify areas airlines can make an impact through supporting high-quality humanitarian programs.”

The organization said its unique model brings together skilled humanitarian actors, commercial aviation assets, and the power of both individuals and companies in the aviation industry as a collective force for good.

“Through the collective expertise of Airlink’s staff and partners throughout the aviation and air logistics industries, challenging supply chain issues that arise from humanitarian emergencies are solved,” the organization noted. “Ultimately, this allows NGOs to deploy their response personnel and material aid quickly, efficiently, and at low cost.”

American first partnered with Airlink in March of 2022 to transport humanitarian aid to those impacted by the war in Ukraine. Today, the airline has carried nearly 90 tons of life-saving supplies to the region. The carrier said its partnership with Airlink has helped transport cargo and relief personnel for 47 different non-profit organizations, which has supported humanitarian efforts in 21 other countries.

Not true that FICA seeks to curtail ‘normal interactions’ with foreigners: Shanmugam